Haze (fog) is the world's most psychedelic and indomitable 100% sativa marijuana strain. It harbors a potent bitter metallic aroma typical of this variety, with slight touches of incense and sandalwood along with citrus spices from Thai genetics. It also provides a potent and sublime effect, psychedelic, incredibly clear and energetic that lasts for a long time of time. Its origins go back to the beginning of the 70s in the region of Santa Cruz, California (USA). During this time, two brothers, known as the Haze Brothers, have grown and crossed marijuana strains with seeds of the best sativa imported strains offered by their friend and neighbor Sam The Skunkman, another famous creator of legendary cannabis strains. 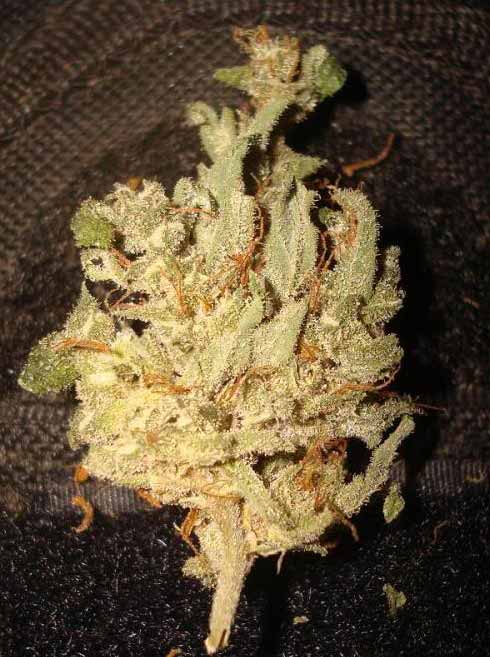 Everything started by crossing a Landrace, which is a pure sativa strain from Mexico with another Landrace from Colombia. In the next year, the best selected females were crossed with a Landrace male from Thailand that has resultied in a strain harboring 100% Sativa Landraces from Mexico, Colombia, India and Thailand.

Haze was never a stable marijuana strains and was an incredibly challenge to get homogenous offspring of this variety. These offspring had also many variations, the best known of which was the famous "Purple Haze" predominantly Colombian. Sam The Skunkman began to work with these seeds of Haze Brothers over several generations to get the Original Haze as we know it today.

At one point in the early 80s, Sam crossed the Atlantic and settled in Holland where he sold his seeds under the Cultivator's Choice label. Being a 100% Sativa, this strain was very difficult to be grown on indoors. Its flowering time was very long, sometimes lasting more than 16 weeks or more, something that today's growers would definitely reject. Moreover, the plants tended to grow rapidly soon reaching a monstrous height that prevented several people from growing it. In this way, those who had enough space and access to the Original Haze have crossed it with Indica marijuana strains to make it easier to grow on indoors. Sam, once again, got several hybrids that are now in the SeedsMan catalog, like the Haze Skunk or the Indian Haze.

At that moment Neville Schoenmakers, current owner of Sensi Seeds got some pure Haze seeds. He selected two great males that he called "A" and "C", and a female named "B" and raised various crosses by mixing that original Haze with Indica strains. Leveraging his infrastructure and business experience, Neville launched his Haze hybrids on the market where they were immediately successful.

Of those successful Haze hybrids, the most impressive of all was the crossing of Northern Lights #5 x Haze, which has won the first prize at the first edition of the High Time Cannabis Cup in 1988. NL #5 considered to be the best Indica female on the market at the time and this hybrid, 50% Indica, 50% Sativa gained a tremendous success and still today it continues to be a much appreciated strain. Neville then created other varieties based on the Haze for Sensi Seeds, like Silver Haze.

After his success he left the seed bank and with his friend named Shantibaba went to Greenhouse Seeds. There, Neville decided to develop a hybrid with more Haze dominance and crossed his best female NL #5 x Haze "A" with the Haze male "C", resulting in the famous "Neville's Haze". It is a hybrid 75% Haze not recommended for first-time smokers due to its extreme psychedelic potency.

From this moment the most stabilized Haze variety and with variants also susceptible of being crossed was even more popularized. They started to make them accessible to other growers and now, apart from the original strains you can find a lot of more Haze in our website, just use the search box writting haze to find them.