Sale of the best THCV marijuana seeds. THCV is one of the most appreciated compounds of Cannabis and is present in very few varieties, only a few chosen ones develop this cannabinoid of great scientific interest. Tetrahydrocannabivarin (THCV) is an analogue of tetrahydrocannabinol (THC), the main difference between the two is that THCV adds a propyl chain. 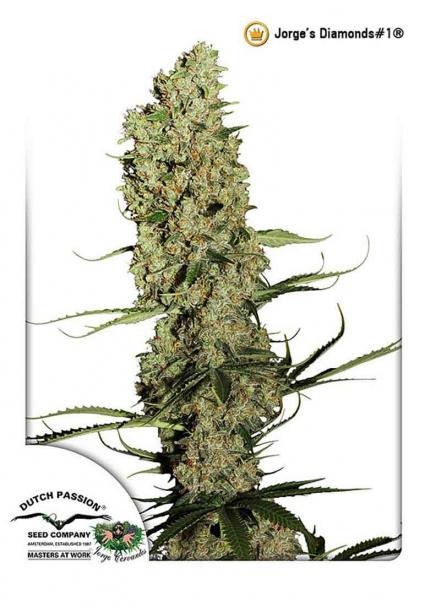 Marijuana that manages to develop THCV has one constant, and that is its high psychoactivity, or great concentration of active cannabinoids. This is why it can only be found in some specimens of Cannabis Sativa that come from locations such as Nepal, India, China, Thailand, Afghanistan and Pakistan, as well as West and Southern Africa.

THCV is currently involved in several scientific studies, including a possible use in mitigating glucose intolerance associated with obesity. However, there is still a lot of research to be done on this cannabinoid, so at the moment it cannot be claimed to be a component of Cannabis with positive effects on humans.

THCV is an active cannabinoid with psychoactive effects. In this way, it may share some psychoactive traits with THC, although as will now be seen, THCV is different enough to be studied on its own. The psychoactive effects of THCV are often described as milder than those of THC, as it does not proceed the synthesis of cannabigerol, as do other phytocannabinoids such as CBD, THC and CBG.

As with THC, the psychoactive effects of THCV vary depending on the amount consumed. This means that at high doses, THCV can exhibit more potent effects, while at lower doses the sensation is likely to be weaker. Users report that the effects of THCV can be stimulating and pleasant, weaker than those of THC, and may therefore be a viable alternative to other cannabinoids for daytime use.

How THCVT works still needs to be better understood, as there is little scientific evidence to claim that it is a therapeutic cannabinoid. Users report that THCV can actually decrease appetite, one of the reasons why it is a completely different cannabinoid to THC. Thus, THC produces more appetite because of the way it interacts with the endocannabinoid system.

It is important to understand how this system works in order to understand how THCV works. The endocannabinoid system is present in humans and is responsible for regulating certain bodily activities, which can include appetite, pain sensation, etc. The endocannabinoid system has 2 types of receptors, CB1 and CB2. These, when interacting with THCV, can provoke a certain response in the body. A response that needs to be researched further to be able to report with certainty.

THCV is one of the most neglected cannabinoids. Despite being separated in 1973, THCV has been overshadowed by more popular phytocannabinoids such as THC and CBD. Recently, THCV has gained some popularity, as many countries where it is legal to grow and study Cannabis have set about trying to decipher the effects THCV might have on the body.

In short, THCV is an undiscovered phytocannabinoid. Only the future and research can provide the clues as to what THCV can do to people. In the meantime, the reports made by THCV users can be very useful to approximate, from a non-scientific point of view, the effects that this cannabinoid could have on the organism.

What is known is that as a cannabinoid, it interacts with the receptors of the human endocannabinoid system, which is why it has the capacity to exert changes in our organism.