The feminized seeds from Paradise Seeds are organically created and contain all the micro elements necessary for a good start. This bank guarantees a 95% success in seed germination under optimal growing conditions. Their feminized strains are qualified for medicinal purposes by IACM (International Association of Cannabis as Medicine). 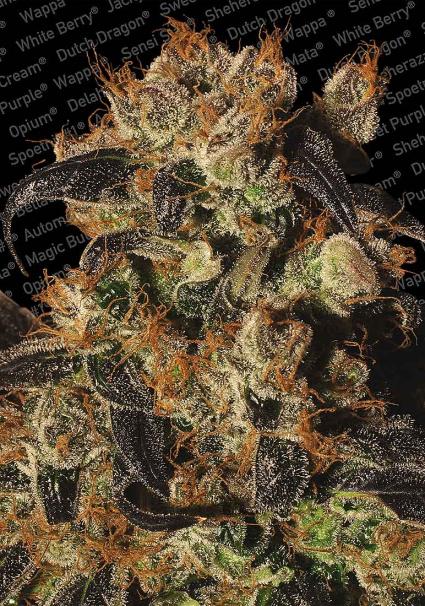 The Paradise strains can be used pain and suffering reliefs as well as for reduce nausea, induce appetite and treat a wide variety of ailments on people who require medical marijuana. For several people, marijuana is essential for making life bearable. Unfortunately and in various countries the cultivation of cannabis plants, even for therapeutic use is still prohibited.

During this time, the Dutch city was living one of the most open stages with the cultivation and consumption of Cannabis, so Paradise Seeds saw the perfect opportunity to establish its operations centre in this place. The catalogue of Paradise Seeds feminized seeds went from strength to strength, starting with a small stock of seeds, to become one of the most complete catalogues in the Dutch scene.

The seed bank paid special attention to European landraces, although they did special research on American strains, with the aim of hybridizing and creating more stable strains adapted to the Western climate. The seed bank states that one of the clearest objectives when it was founded was to obtain seeds that would give rise to plants with sweet, tasty aromas, great height and strong resistance. Under this paradigm, Paradise Seeds was born.

Paradise Seeds and the other Dutch seed banks of the time turned Amsterdam into the seed capital. The Cannabis legally distributed in Dutch dispensaries was already of better quality than that from other countries such as the United States.

The demand for seeds from Paradise Seeds skyrocketed and, within a few years, this institution became one of the great European benchmarks of the industry, giving rise to great milestones that are part of the history of Cannabis. Paradise Seeds feminized seeds continue to be a big seller among collectors all over the world.

One of the main reasons for this is the extraordinary genetic quality of their strains, which come from heirloom strains from the most varied parts of the world. In addition, to obtain their seeds, they use environmentally friendly organic farming methods, rejecting methods that involve genetic engineering using chemical products.

On the other hand, Paradise Seeds keeps its seed specimens in isolation to prevent cross-contamination between varieties. In the same way, Paradise Seeds varieties are correctly packaged in high quality packs to ensure the freshness of each specimen.

One of Paradise Seeds feminized strains that stand out the most is Nebula. This is a hybrid strain with a Mediterranean heart. The seedbank reports that the strain was an instant hit in the UK, where it was first introduced and where growers appreciated its very fast flowering cycle.

Other outstanding feminized Paradise Seeds feminized seeds are Sensi Star. This variety of seeds is described by Paradise Seeds as the strongest Indica in its catalogue. It is a champion strain that has been crowned on several occasions by winning the High Life and High Times in the same year.

The seedbank reports that the Sensi Star strain has excellent yielding capacity. In the same way, it can produce plants with up to 20% THC content. Finally, the technical data sheet reports that the aroma of this strain is powerful and with exquisite metallic touches.